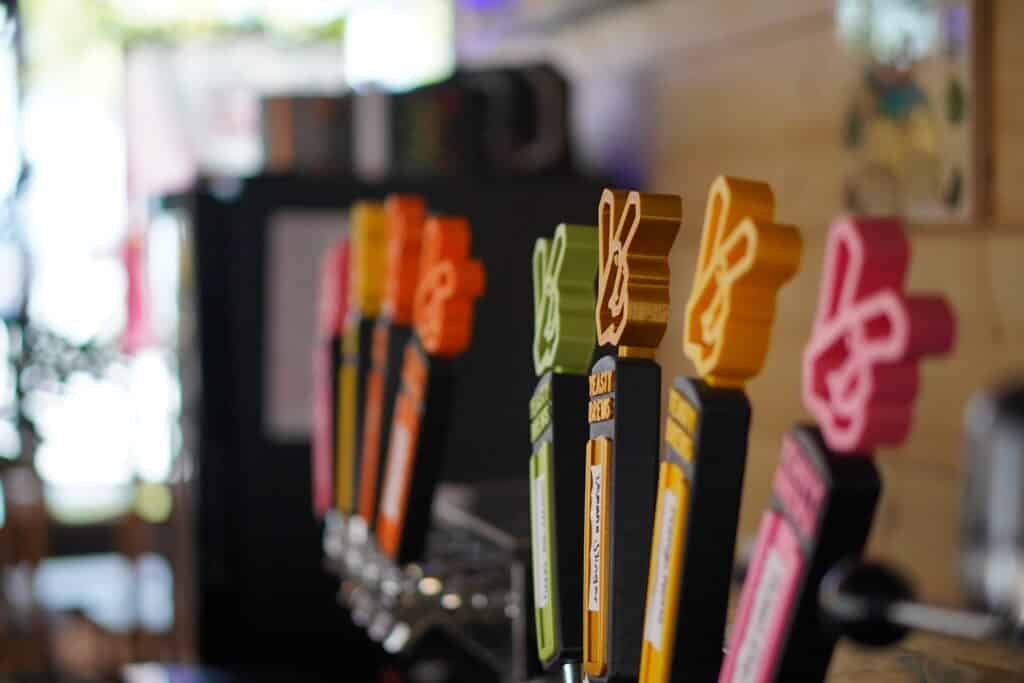 But, you know where that happens? Almost every craft brewery taproom. It’s a way to bring people close, create friendships, meet new people, chat about beer, chat about the brewing industry, and really just all things beer.

When you get technical about the difference between a taproom and a bar – technically a taproom sells 25% or higher of beer products on-site and the main experience for patrons is the beer. It’s the star of the show. At a bar you’ve got so much more than beer, there are so many different options. In a bar, beer doesn’t really get the chance to shine like it does in a taproom!

We briefly touched on people bringing in different beers from home that they may have brewed on their own or purchased from another brewery that they’ll bring into the taproom. When a large group of people bring in beers for everyone to try it’s known as a “bottle share”. This is a fun get-together that often occurs in taprooms around the country as a fun way to try different beers that people brought along with them, from different local or not-so-local breweries! It’s not always about the competition, but about adventure and coming together! These are things that just don’t happen at most places, which makes taprooms of breweries fun and quirky! It’s why we love them!

One of the best parts about a taproom is that while there’s usually a bar seating area, there’s much more room for patrons to hang out, enjoy the company of others while sipping on some brews. Taprooms are almost like a community hub – you can play games, watch TV, and sometimes taprooms will have other forms of entertainment, like live music – which all together make taprooms the perfect place for entertainment, meeting new people, and fostering a strong bond within the community.

Taprooms are much cozier than bars – oftentimes bars are all business, it’s hard to go to a bar on a consistent basis and get the same people and the same bartenders every time, but at a taproom this is much more the norm. Taprooms usually just have a few people that regularly work and it’s easy to get to know everyone.

All-in-all, bars are great for a good time, but if you’re looking for a home away from home where you can get together with friends and strangers that become family – taprooms are the way to go!

About Yeasty Brews Artisanal Beers
Yeasty Brews opened its taproom and kitchen in December 2020 giving people a place to enjoy flavorful craft beers and hard seltzers in a funky, fun, welcoming environment. Founded by the Double D’s, Dan & Denielle, who love bringing awesome people together over delicious drinks and food. Our menu is classic and satisfying with a little something for everyone’s palate. If you are looking for a place to vibe out and chill then stop in today! Your tastebuds will thank you and the beers are delectable.