Feeling Hoppy: What Are Hazy IPAs and Why Are They So Popular? 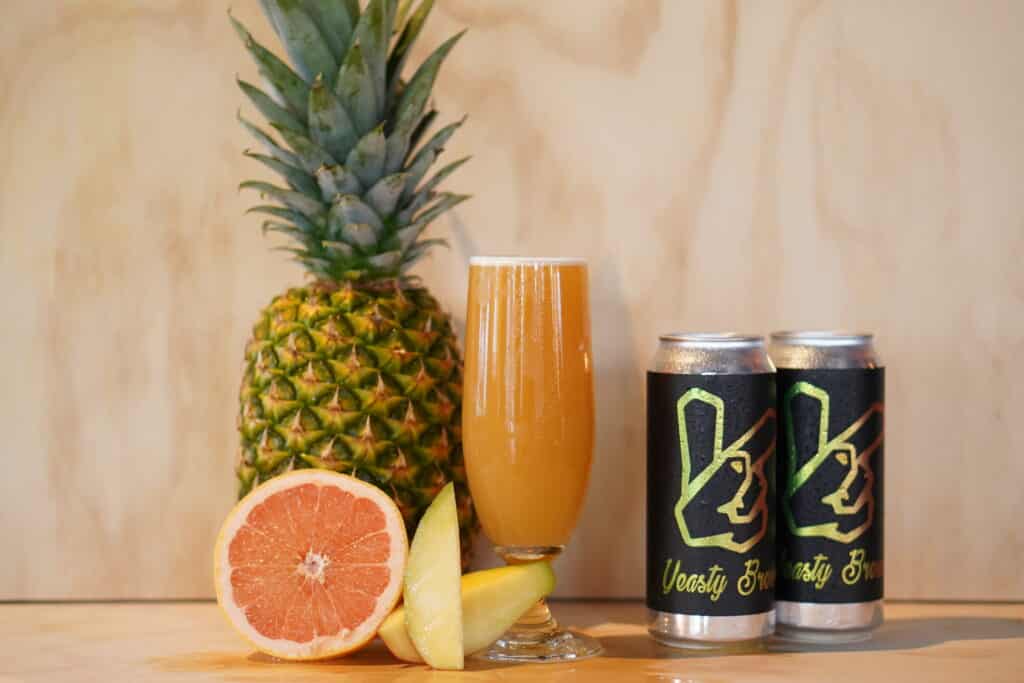 Cause of all the hops...

Okay, yes, it's a groaner, but if you're looking for an excellent IPA, have you considered trying a hazy IPA?

If you're a craft beer enthusiast, it's likely heard of hazy IPAs. But what are they, exactly?

In this article, we'll explore the answer to that question and why they’ve become so popular. Keep reading to learn more.

What Is a Hazy IPA?

A hazy IPA, also called a New England IPA or a Northeast IPA, is a type of unfiltered and unrefined American India Pale Ale. Hazy IPAs are usually heavily dry-hopped and have low bitterness. These attributes give hazy IPAs a juicier, fruitier flavor than traditional IPAs.

The haze in hazy IPAs comes from the high amount of protein and yeast in the beer. This can make the beer appear cloudy, but it does not affect the flavor. Some brewers add hops during the brewing process to produce more hop flavor and aroma without adding bitterness.

Hazy IPAs became popular in the early 2010s as craft breweries in New England began experimenting with new brewing techniques. The style has since become one of the most popular types of craft beer in the United States.

How are Hazy IPAs Made?

IPA stands for India Pale Ale, and hazy IPAs are a sub-style of IPA that are known for its unfiltered, cloudy appearance. Hazy IPAs are made using a process called “dry-hopping,” which involves adding hops to the beer after fermentation has completed.

This allows for a greater hop flavor and aroma without the bitterness typically associated with IPAs. Hazy IPAs are also usually brewed with lower levels of carbonation, which gives them a smoother mouthfeel.

Why Are Hazy IPAs So Popular?

There are many reasons why hazy IPAs have become so popular in recent years. One reason is that they are often easier to drink than traditional IPAs, which can be pretty bitter.

Hazy IPAs also tend to be less carbonated than other beers, which makes them smoother and more refreshing. Additionally, the hops used in hazy IPAs often provide a unique flavor that differs from the hops used in traditional IPAs.

Where to Find the Best Hazy IPAs

There are a few different ways to find the best hazy IPAs. You can ask your local bartender or beer store clerk for recommendations or check out online beer rating sites.

However, you can also visit Yeasty Brews for great food, friends, events like weekly Trivia, and an excellent Hazy IPA.

Hazy IPAs are a unique style of beer that has become increasingly popular in recent years. With their bold flavors, intense aromas, and creamy mouthfeel, it’s easy to see why they’ve become so beloved among craft beer lovers.

Whether you prefer something light and refreshing or dark and juicy, there is a Hazy IPA out there for everyone to enjoy. So if you have yet to try one before, this might be the perfect time to start feeling hoppy!

Check out our calendar of events and pair your next hazy IPA with a visit to Yeasty Brews.